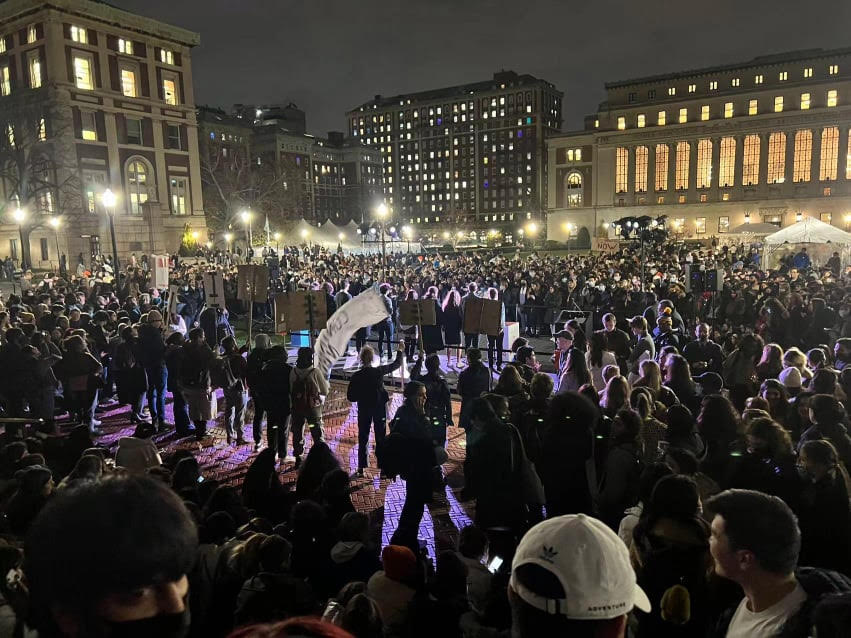 Over 3,000 Columbia University student workers have concluded their 7th subsequent week on strike this Friday as tensions between the university and the union mount. The union, Columbia UAW-2110, has been on strike for higher salaries, guaranteed dental and vision care, and a higher subsidy for childcare and support. The university estimates that the cost of living in NYC is about $48,500 per year; the current average salary for students is $31,000, with some students receiving as little as $29,000. Students complain that rents are high, easily eating into over two-thirds of their income. Current childcare support only covers $2,000 a year and dental costs $500 per semester by opt-in. The union also asks that Columbia enter direct negotiations with the student workers for their demands, while the university wants a mediator.

The student workers additionally demand a system of neutral arbitration for cases of discrimination and harassment in the workplace. Currently, there is no such system. Students find it difficult to pursue such claims under the school’s internal review process, believing it inadequate at investigating incidents, punishing offenders, and preventing conflicts of interest between faculty and internal reviewers.

On Dec. 2nd , the university’s Human Resources department sent out a mass email threatening to replace the striking workers for the incoming Spring semester if they do not end their strike by Dec. 10th. The National Labor Relations Act protects workers from adverse consequences, such as permanent replacement, for engaging in their right to union activity. Accordingly, the Union is filing Unfair Labor Practice charges with the National Labor Relations Board.

This all comes amid Columbia University raking in a handsome 32% return on their endowment, marking record profits and a budget surplus of $150 million for the end of the 2021 fiscal year.

North Korea As A Touchstone For Understanding The United States

Congress Is Making a Killing Off Weapons

The Booming Business of War