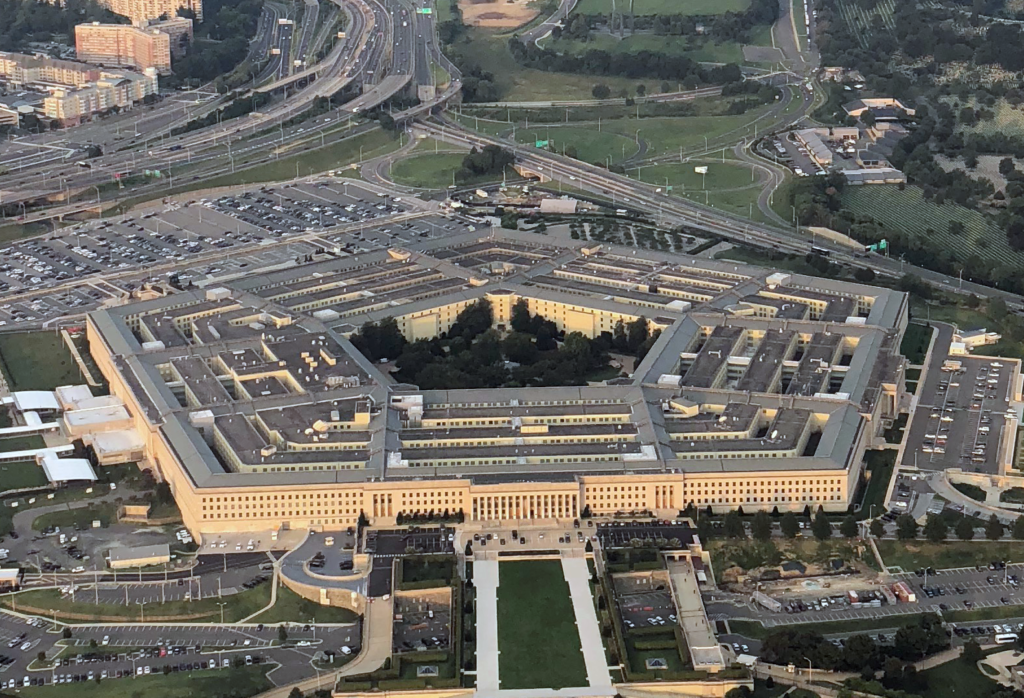 Joe Biden’s administration requested the greatest ever budget for US militarism in our history for the fiscal year (FY) 2023 National Defense Authorization Act (NDAA), but his request of $813.3 billion was not enough for the corrupt hawks in Congress. On July 14th, the House of Representatives voted 329-101 to pass an authorized military expenditure of $850 billion. The approved budget was $37 billion more than the Pentagon and military officials had even requested. Two House amendments proposed by Representatives Barbara Lee (D-Calif) and Mark Pocan (D-Wis), would have reduced the budget to a mere $703B, but both amendments were voted down.

The Senate Armed Services Committee has proposed an even more bloated budget than the House’s, at $857.46 billion, which has yet to be voted on. This is a nearly $100 billion increase from the FY2022 budget authorization of $778 billion. It seems the war budget is not climbing steadily but accelerating: the budget increased 14% from FY2017 to FY2022. Should the Senate maximum pass, this would mark a 10% increase in military spending in a single year.

Both proposed budgets allocate significant funding and numerous provisions to continue the US/NATO proxy war against Russia. The House authorized a whopping $700 million above Biden’s request, bringing the total to $1 billion, while the Senate proposal is $800 million. The House bill would also require quarterly briefings to coordinate a hybrid war: meeting the need to “replenish and revitalize” tactical missiles supplied to Ukraine and reporting focused on Russian “atrocities” and “filtration camps,” that country’s “malign influence” in Latin America and the Caribbean, its “Wagner Group” in Africa, and more.

The bills both also take significant steps to further increase the US military’s presence in the Indo-Pacific, to encircle and threaten the People’s Republic of China and the Democratic People’s Republic of Korea. They would require the Pentagon to build additional US Indo-Pacific Command infrastructure in the region, maintain and increase its military presence in South Korea, and develop missile capabilities and other infrastructure for the “defense” of Guam, a strategic location near the Chinese province of Taiwan. The House bill allocates more than $7 billion for the “Pacific Deterrence Initiative,” lectures China for its supposed “coercive and aggressive behavior” toward Taiwan, reaffirms Congressional commitment to enabling Taiwan’s defense, and requires regular reports to Congress on collaboration between China and Russia.

The bills would authorize continuing to “modernize” our nuclear stockpile in a manner deemed by some analysts to be overly costly and risky. The Senate bill would also require women to register for Selective Service and would prohibit steps toward toward the closure of Guantanamo Bay.

An analysis by TruthOut shared that Biden’s proposed budget was already more than half the amount of income taxes paid by American citizens to the federal government each year. With these increases, even more of Americans’ paychecks will be going to propping up the empire. William Hartung points out on the blog TomDispatch that the increase in the Pentagon’s requested ‘base budget’ from FY2022 to FY2023 of $30 billion alone is already “three times the discretionary budget of the Centers for Disease Control and Prevention and more than three times the total allocation for the Environmental Protection Agency.” Hartung cites an analysis by Stephen Semler which found that 54% of all Pentagon spending from 2001-2020 went to private contractors. It is therefore great business for these contractors to invest in the members of Congress in charge of this spending. Indeed, if the Senate budget proposal passes, Public Citizen found that it would result in a 450,000% return on investment for the defense companies who donated to House and Senate Armed Services Committee members’ campaigns. 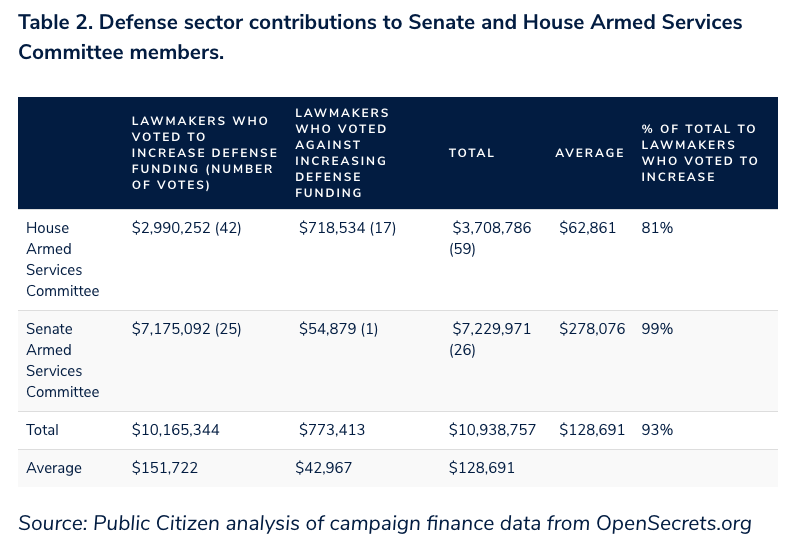 Despite increasing the amount they requested, military leaders are already complaining that it is still not enough. Military Times writes that while the currently authorized $840B total Defense budget allocates about $135 billion in readiness spending, Pentagon officials have lamented this is only 85% of the funding needed to ensure military readiness. Florida Representative Mike Waltz alleged that cuts were made from areas like readiness so as to fund programs “that have a zip code,” meaning to benefit a particular lawmaker’s constituency in order to increase their chances of reelection.

War and Profit Above Americans

$4 billion of the funds allocated by the House are to fund the building of ships that the Biden Administration and the Navy did not request, according to John Donnelly at Roll Call. Donnelly notes that the building of these ships would largely benefit the constituencies of members of the Senate Appropriations Committee, especially in Mississippi and Alabama, where the defense contractors are important to the local economy. On the Google reviews for Huntington shipbuilding facilities, workers report negative experiences. “Even dogs are treated better than us,” wrote one employee in Mississippi. “Illegally supressing [sic] wage discussions,” reported a Virginia worker.

While the House bill sets the minimum wage for all private contractors to $15/hour, this is not enough for a family to live on, especially as inflation continues to surge. A report by PYMNTS and LendingClub evaluating the economic experience of Americans in April 2022 found that 61% of Americans are living paycheck to paycheck, up 9% from the previous year. Another report by Lending Tree found that over half of families with young children (58%) expect to go deeper into debt over the remainder of this year. American families are clearly in precarious situations and need economic relief.

If our Congresspeople’s priority were American families, they could learn from Russia and China and put our tax dollars to work to benefit our country, instead of inching us closer to nuclear war and creating instability for our working brothers and sisters in Eurasia and the Indo-Pacific.

Our leaders could turn to Russia and observe her ability to keep her economy above water, even in the face of severe economic sanctions and the US/NATO proxy war in Ukraine. They could follow Putin’s lead by nationalizing natural resources and banks, instead of helping the tiny group of oligarchic owners squeeze more money out of our pockets.

Or they could turn to China to study their mass mobilization for poverty alleviation, which has ensured that all Chinese citizens are provided with the “Two Assurances” of adequate food and clothing, and the “Three Guarantees” of access to education, medical services, and safe housing. In fact, Roll Call reports that even the military, with its obscene budget, fails to adequately meet these guarantees for military families; thanks to privatized military family housing, many live in unsafe homes run by criminally-fraudulent companies.

Instead of handing America’s future over to private military contractors who are in the business of death and destruction, we can demand a government that brings our troops home, ends housing speculation, creates robust jobs programs, builds rural hospitals, and takes on innovative infrastructure projects. We can demand a government of action that fights for working families, not the war machine!

Why Doesn’t the U.S. Want Peace?

If Everyone Is King Then No One Is

US Media & Venezuela: A consistent pattern of distortion

War in Europe Will Bring Hunger, Build The River of Life!